Have you ever wondered why we have so many talented physicians who want to dedicate their lives to helping patients but are unable to help? That’s because some of them are experiencing a problem in the healthcare system. Yes, it’s not all there is to blame. But, the whole idea of how clinical errors occur is somewhat becoming a cause.

According to health statistics, there are more than nine thousands people who die from preventable errors every year. That’s due to the wrong and failed diagnosis. Sometimes, it also comes from not having a diagnosis at all. That is where the healthcare system looks for a leverage point. Meaning the required small actions create a significant impact. Solving the problem of the healthcare system is not easy. But maybe the reason why it becomes so difficult is due to the number of effort people are trying to do in solving the wrong concerns.

When a patient tries to consult a doctor, there are chances that he will either miss the diagnosis or have it wrong. From there, the patient will tend to increase the likelihood of getting sick. Sometimes, even end up dying without knowing what’s wrong with his condition. Though you can’t blame it all in the doctor’s side, he still has a lot to explain with regard on that matter.

The reason why people trust professional healthcare is that they believe it’s their job. So when a clinical expert won’t show compassion and disregard his patient, that’s where everything begins to fall. However, if there’s a structured conversation between a patient and a doctor, maybe the results may vary. If the attending physician is willing to listen and connects to his patient, then there’s a tendency that both can find ways to deal with the problem.

People keep on asking “what if experts can’t find something wrong in me”? Well, there’s a significant chance of it happening. However, the healthcare system’s competitiveness is not enough to help those unfortunate ones. Because when you think about it, the best surgeons with less history of complications work in the best hospitals. The best medical assistance individuals can get from the most high-paying professionals. And mostly all of the best equipment is designated to the expensive hospitals. Therefore, there’s still a chance that some people won’t have the right amount of services they require.

Why Do People fear Failure?

The problem with some of the failed results of diagnosis is due to confusion. Most of the times, people are not interested in listening to what healthcare professionals say. That’s perhaps due to the unwillingness to cooperate in the situation. Yes, almost all of the patients would like to feel better. However, there are those who don’t. As a result, people blame their condition to the attending physician. Sometimes, they even try to blame the hospital and the whole healthcare system.

The solution to the healthcare crisis in several industries relies upon a reframed alteration. Experts must allow people to understand how things are related to each other — clinical diagnosis and treatments in general. 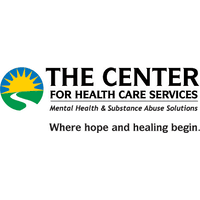